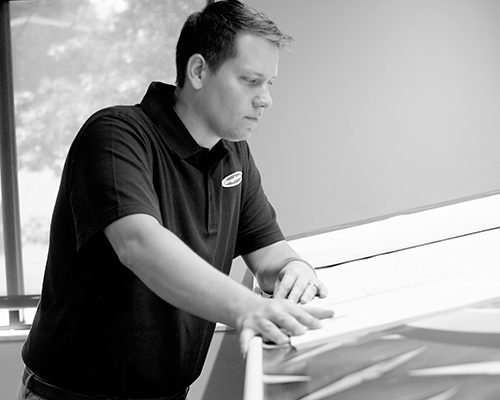 Nathan has been with Graybach since the beginning, in 2010. He was the first of Graybach's now many Project Managers, and also wears the hat of Estimator to keep the company's plate as full as possible. A lifelong Cincinnati resident and graduate of the University of Cincinnati, Nathan came to Graybach from Cleveland Construction where he managed large-scale builds like Wal-Mart, etc.

When he's not spending time with his kids enjoying everything from movies, music, sports, parks, and science, Nate can usually be found tackling one of a dozen ongoing renovation projects in his house with earbuds intact and listening to a book on Audible. He likes checking out new restuarants and planning getaways with his wife, and once in a blue moon gets a chance to (as his kids put it) "kill bad guys" playing PS4 online with his brothers.

Is commonly known to make up fictional words in a game of Scrabble and hope no one calls his bluff.

Holtman's Donuts in OTR. And not necessarily because he has a weakness for their magical morning delicacies.