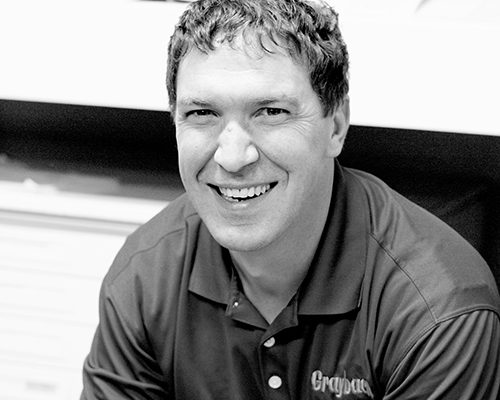 Brian came to Graybach in 2019 armed with massive construction wisdom from his prior role as a VP of Estimating. He is no stranger to Cincinnati, and graduated from the University of Cincinnati.

Free time...what's that? Seriously, though, he spends most of it with his wife, Jenny, and two daughters, Reagan and Parker.

He was Fantasy Football Champion of Graybach’s inaugural fantasy league. His wife sells beer/wine for a living. Anyone want free beer?

Warren County Jail, of course - his first win at Graybach!